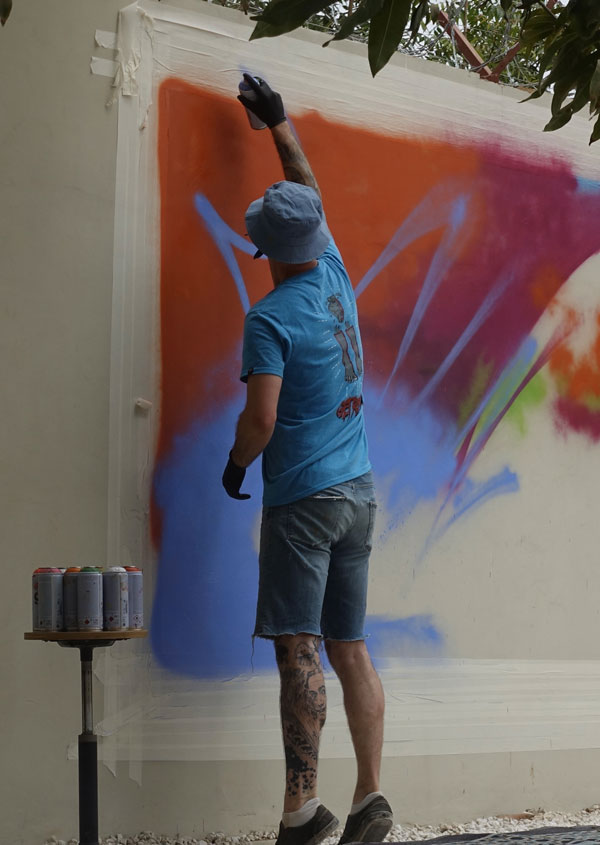 Guillaume VINCENT was 15 when he started graffiti at the end of the 90s, and chose the nickname “Ecloz”. Industrial wasteland, walls, trains, metro, edges of highways: graffiti quickly becomes an addictive passion. He constantly improves his technique, and travels abroad (Brussels, Amsterdam, Bucharest, Barcelona, ​​Athens, Los Angeles, New York, Havana...) In 2004, he will finally be arrested by the police, indicted and placed under judicial supervision and sentenced at first instance, for these illegal graffiti
But Ecloz knows how to bounce back, continues to trust his instincts and stays true to his passion, but changes his approach. He enrolled in the artists' house, transmitted to children, painted on canvas, exhibited in galleries and produced frescoes for private individuals and institutions (La MATMUT, La SNCF, Renault, Métropole Rouen Normandie). In 2008. He bought and restored a shop on rue des Bons Enfants in Rouen, and set up his workshop/gallery there.
In 2018 the transformation continues. A second workshop 4x larger, a storage reserve to develop the rental of works to companies, and the help of an artistic agent: Gaylord Delarche.
Ecloz continues the vandal graffiti abroad, because he knows he owes him his audacity, and his approach to life. His strength is to have forgotten nothing of his first steps, his exploits, the sanctions, nor the unconditional support of his parents. What is important is not what we will be in 10 years, but how best to use the next 24 hours that we have in front of us, to bring us closer to our goals. Today is only the "tomorrow" that scared us yesterday.
If he has remained so faithful to the spirit of graffiti, it is through the conviction that he has, beyond artistic interest, a real value: that of self-realization and self-transcendence. 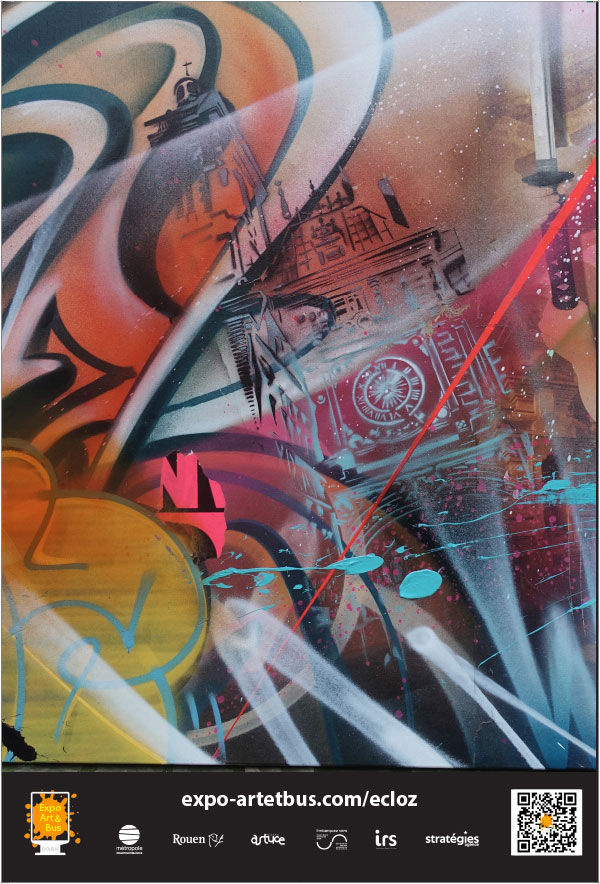 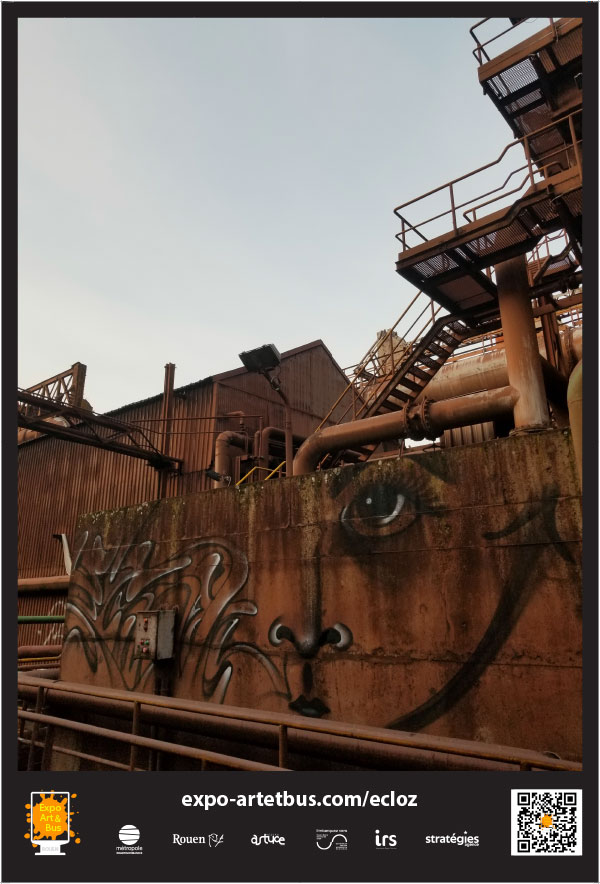 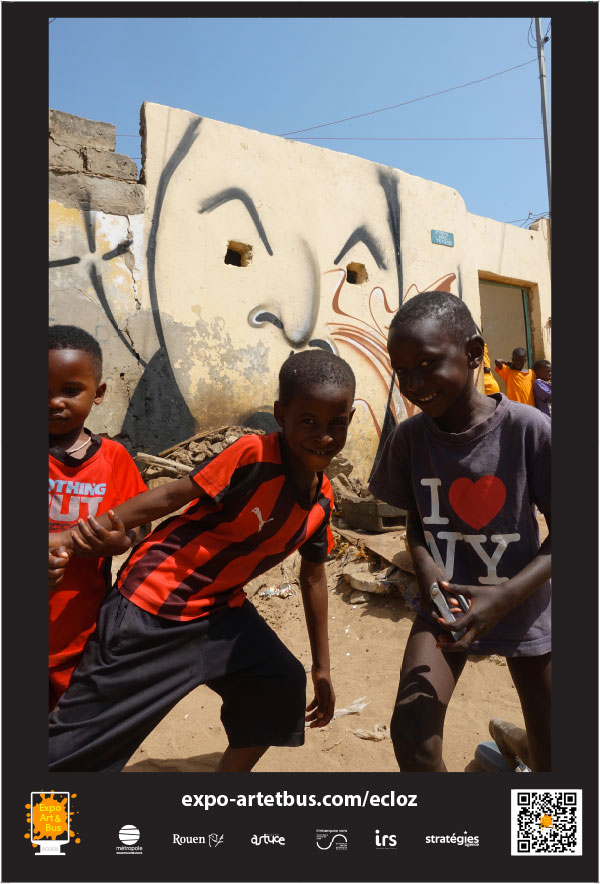