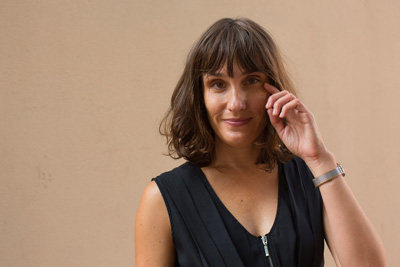 Born in Mont-Saint-Aignan in 1979, graduated from E.S.A.A.Duperré in Paris in Fashion and Environment, curious and traveler, my artistic work is inspired by my encounters and my discoveries from here and elsewhere... .
The canine portraits proposed for this exhibition are part of a series that was started during the first confinement.
While we were only allowed one hour out per day and less than a kilometer from our home, the dogs could go out as soon as the desire and/or the need arose, which allowed masters to take advantage of many "authorized walks".
Living on Ile Lacroix and doing my walk on the quays, I met the same four-legged friends there daily and decided to "draw their portrait". They were a real source of inspiration for me and allowed me to give artistic meaning to this confinement.
During a weekend, I hung my first paintings on the bay windows of my apartment, visible from the outside. I thus proposed an "exhibition at the windows" accessible to all those who lived within a radius of one kilometer while the museums and art galleries were closed.
Today, exhibiting these portraits in large format near bus stops takes on its full meaning: a veritable mise en abyme of the promenade which has regained all its rights in the lives of city dwellers.... 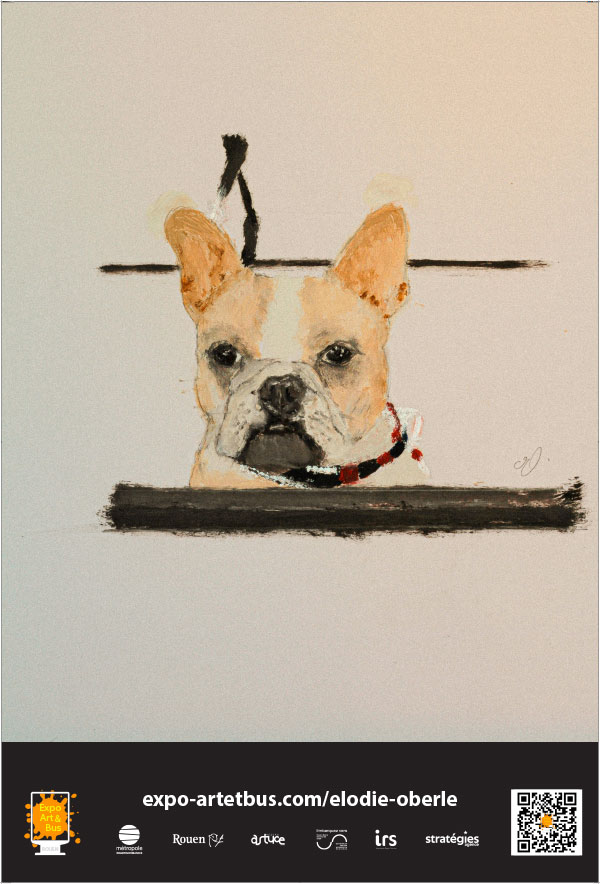 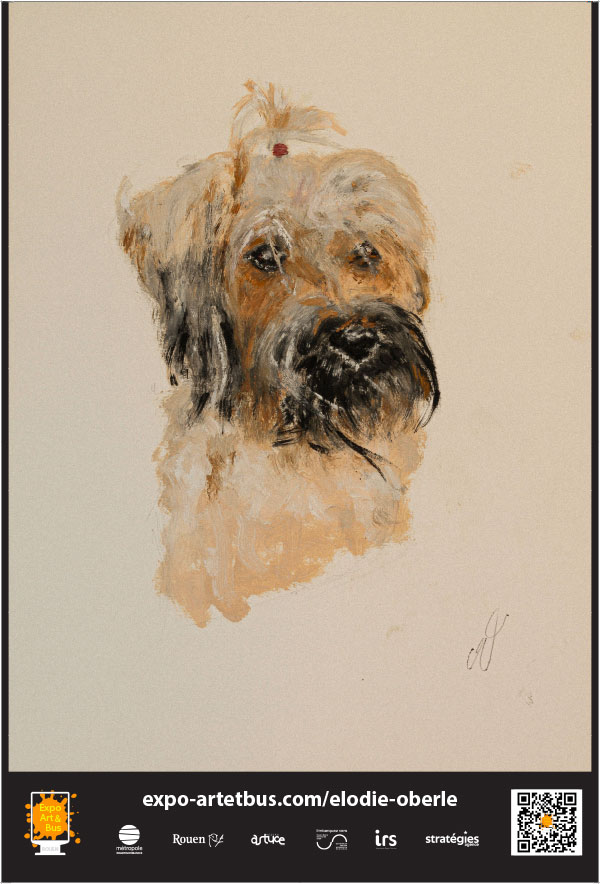 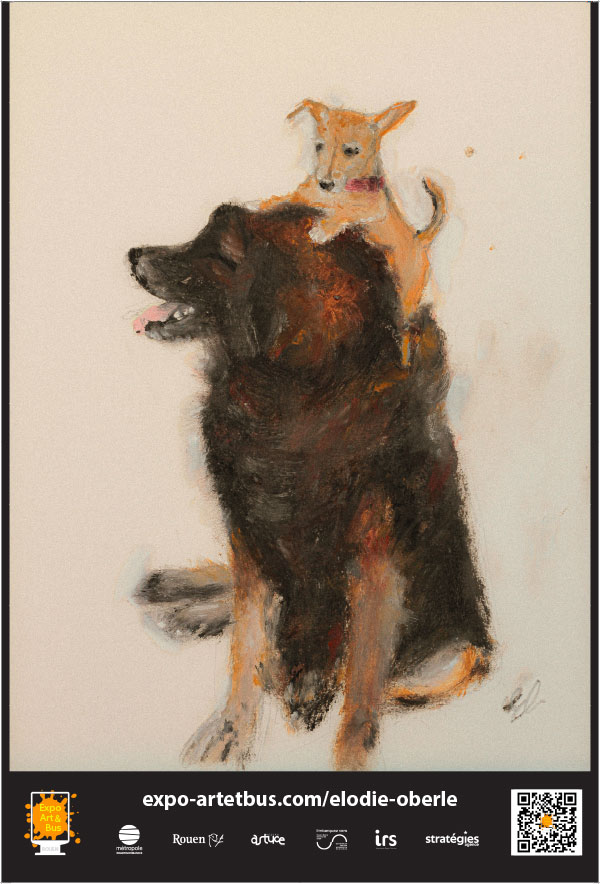