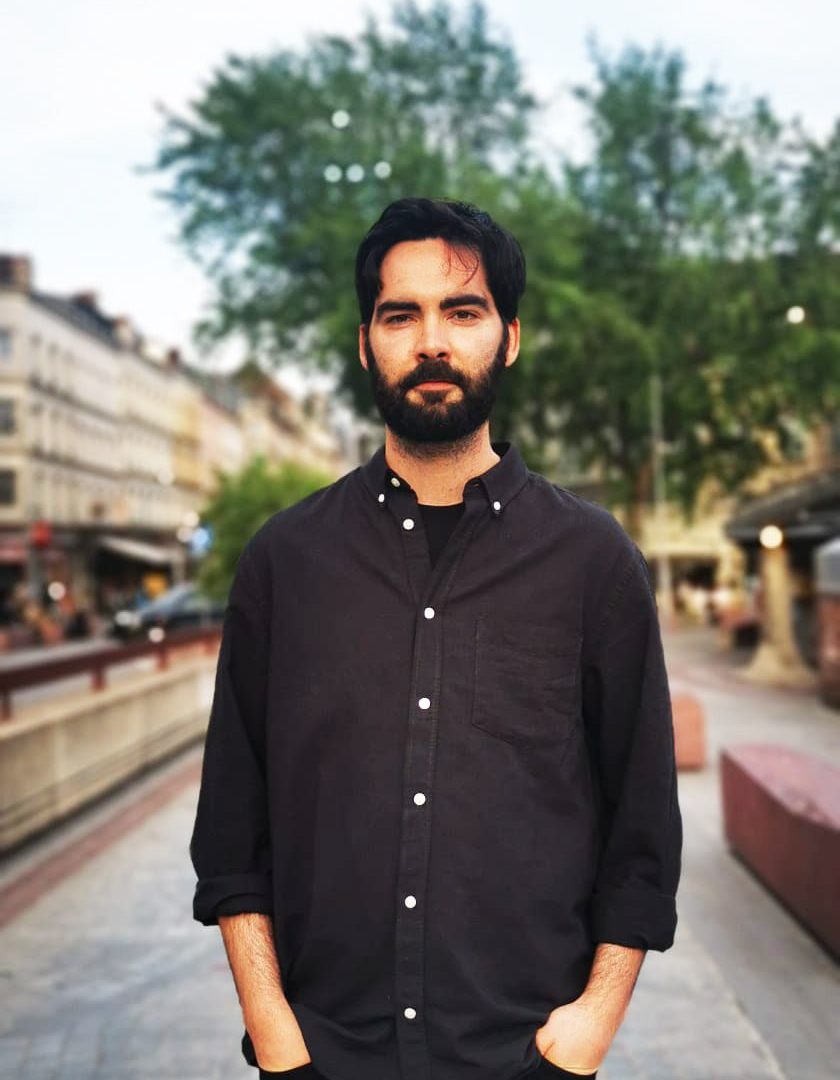 Lives and works in Rouen.
He is the founder of the collective Chevalet Noir and of the cultural agenda VIENS!

After trying his hand at the School of Fine Arts in the city and then various experiences such as museum exhibitions and galleries, he feels he needs to go further than these 'four walls' are not enough for him. .

It is quite naturally, without even realizing this evolution that his collages appear on the walls of the city in 2017.
In three years, he went from small collages/stickers to larger formats.

His black and white characters, often composed of just a single line, challenge by their simplicity coupled with a complexity of the emotion that emerges from them. A brutality, a force, a power whose movement and expression take place on the walls in a natural way. 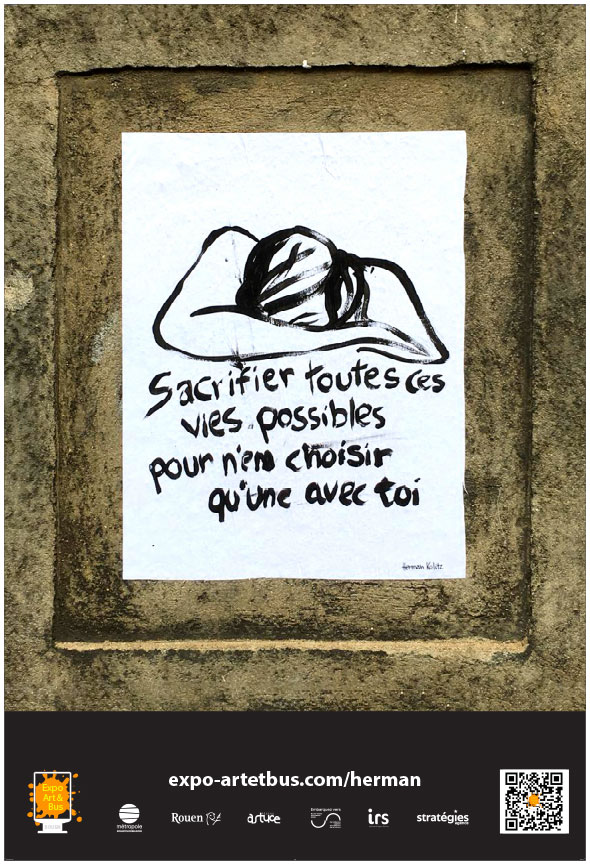 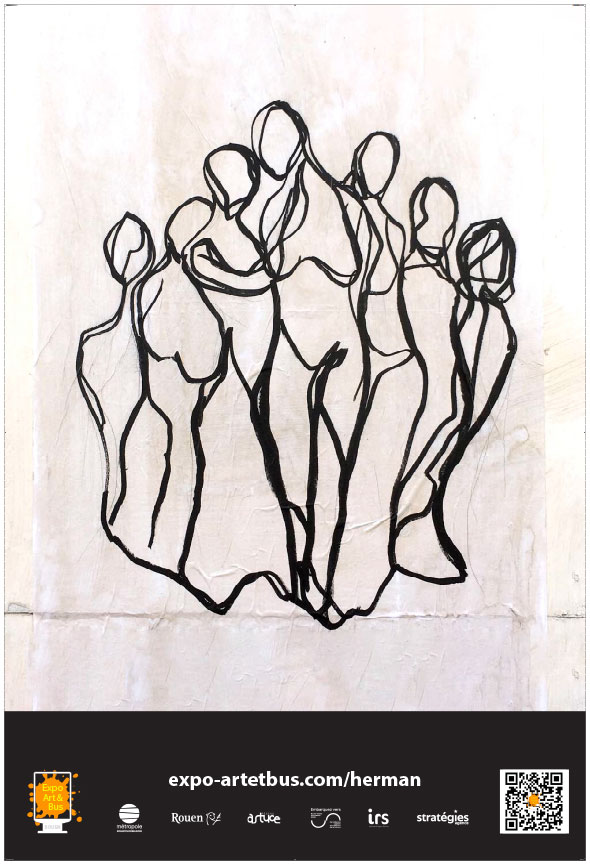 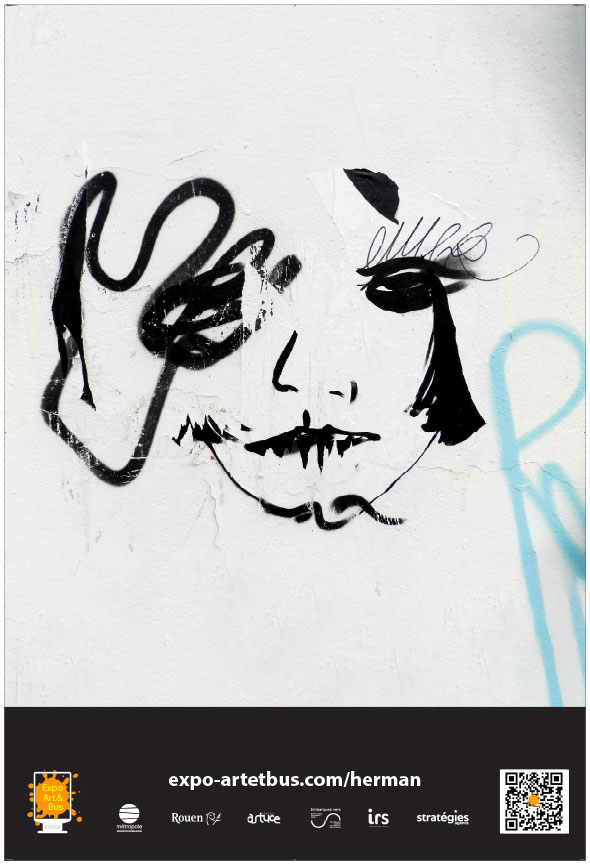